The Department of Labor (“DOL”) under the Trump Administration granted what was seen as an administrative boon to employers when it issued its Final Rule on joint-employer status under the Fair Labor Standards Act (FLSA) in January of this year.[1] And yet since its passage, it has caused nothing but controversy as to the hurdles it causes for workers in terms of holding employers accountable for violation of their rights under existing labor laws.[2]

As part of the FLSA, employees can hold two or more employers jointly and severally liable for wages that they owe to an employee, which was codified by the Code of Federal Regulations.[3] Yet there was confusion as to who to identify as a joint-employer.[4] Under §791.2 of the Code of Federal Regulations interpreting the FLSA, a four-factor test is used to determine whether someone is a joint employer.[5] Someone is a joint employer only if he or she “is acting directly or indirectly in the interest of the employer in relation to the employee.”[6] The four factors that NLRB and courts look at in determining whether someone is a joint employer are whether the person in question: “1.) hires or fires the employee; 2.) supervises and controls the employee’s work schedule or conditions of employment to a substantial degree; 3.) determines the employee’s rate and method of payment; and 4.) maintains the employee’s employment records.”[7]A joint employer must exercise one or more of these factors either directly or indirectly in order to be found jointly liable under the FLSA.[8] Most significantly, joint employment only exists when the alleged joint employer “exercises significant control over the terms and conditions of the employee’s work, so as to be actually taking concrete action in that regard rather than merely having theoretical authority in that capacity.[9]

Yet as soon as it was announced and before it was supposed to take effect in March 16, 2020, it came under for lowering standards for compliance with existing worker protection laws. In February of this year, attorneys general on behalf of 18 states filed suit in the U.S. District Court for the Southern District of New York to have the Final Rule stricken down for violating the Administrative Procedure Act and harming states by “lowering wages, decreasing compliance with worker protection laws, reducing…tax revenue, and increasing the administrative and enforcement costs for…comparable state law equivalents to the FLSA.”[10]

The District Court, in the case titled State of New York v. Scalia, ruled in their favor and struck down the part of the Final Rule concerning vertical joint employer liability.[14] Specifically with regards to standing, they found that the States proved that that following Final Rule would increase their administrative costs of the states in terms of extra hours for rulemaking, additional analysis and investigations of joint employment matters, new guidance for employers and employees regarding joint employment and new training of staff in enforcing the Final Rule.[15] For the purposes of proving standing, the District Court also found that the Final Rule would increase enforcement costs due to having to follow such a narrow standard of looking to whether  a particular joint employer exerted such significant control in practice over a particular employee, what their position was for the purposes of vertical joint employment and pulling in additional resources to enforce state wage and hour laws to ensure receipt of earned wages and equivalent protection that existed prior to the Final Rule.[16] The Court also found there would be a loss of tax revenue for the purposes of proving injury of fact for standing in that the Plaintiff States would lose tax revenue due to “decreased collections of judgments due to the Final Rule, including judgments for unpaid wages and unpaid workers’ compensation as the Rule reduces the number of businesses that qualify as joint employers under the FLSA.”[17]

Most importantly, the District Court objected to what it saw as the Final Rule’s “impermissibly narrow” in terms of looking to actual control over the employee, which they felt revived the4 common-law employment standard that was rejected by the Fair Labor Standards Act (FLSA) in favor of limiting such narrow conceptions of control and supervision.[23] While the Court accepted the four factors under the Final Rule as relevant to determining joint employer status, it rejected the requirement that a joint employer “must actually exercise, directly or indirectly, one or more of the four factors,” holding that it creates a necessary condition that conflicts with the FLSA’s spirit and makes the requisites for employer status “impermissibly narrow” under the law.[24] The Court also objected to other aspects of the Final Rule, such as its prohibition on looking at other factors such as economic dependence (which they found contradicted both common law and the DOL’s own precedent) and its arbitrary and capricious status as a rule in terms of; 1.) its unexplained inconsistency between its current and previous definitions of joint employment and why it departed from the FLSA standard; 2.) the inconsistency with other worker-protection laws such as the Migrant and Seasonal Agricultural Worker Protection Act by using inconsistent definitions of employer that increase costs to employers subjected to differing standards, and 3.) the cost to workers in terms of reducing their ability to collect back wages that they are owed.[25] Yet they recognized and permitted the DOL’s revisions to horizontal joint employment and allowed it to be severed from the Final Rule as per the APA.[26]

While the District Court decision may be a victory for those seeking to preserve existing worker protections, states seeking to lessen administrative costs in enforcement of such a narrow rule and employers from the burden of being subjected to different definitions under the FLSA, the DOL has not abandoned the Final Rule and stands by its interpretation of joint employment, whether vertical or horizontal.[27] While many have applauded the District Court’s striking down of an unreasonable standard measuring joint employment[28], the Final Rule reflects a push by the Trump administration to promote a traditional common-law view of employment involving “direct control” that makes it harder for workers to protect their rights under existing wage and labor laws[29] as well as confuse employers as to who is who for the purposes of liability.[30] In a pandemic situation where disputes over worker protections and relationships with employers become more timely, this may signal the beginning of a conflict between the States and the Trump Administration over the interpretation of federal labor and wage statutes.

If you have any questions concerning possible disputes as to your status as an employer or joint employer under the Final Rule in relation to disputes with employees, please contact us at info@kameli.com or by calling to 312-233-1000

[19] Id. at 44-49 (citing 29 U.S.C.S. §203(d): “‘Employer’ includes any person acting directly or indirectly in the interest of an employer in relation to an employee and includes a public agency, but does not include any labor organization (other than when acting as an employer) or anyone acting in the capacity of officer or agent of such labor organization.”).

Department of Labor., Fair Labor Standards Act, Final Rule, Horizontal Joint-Employer, Joint-Employer, Statutory Definition of Employer, Vertical Joint-Employer, Wage and Labor Laws, Workers Protection
Contact The Law Offices of Kameli & Associates today to request a consultation with a member of our caring legal team to understand and resolve any of your Legal matters. 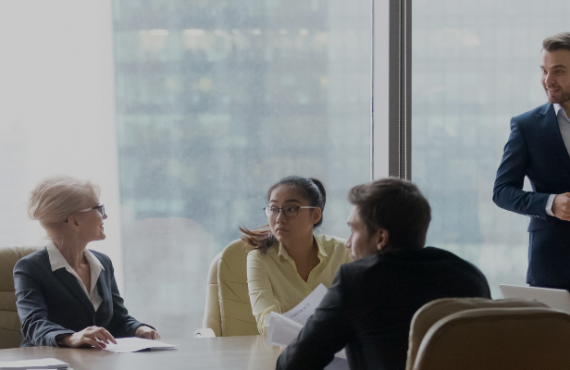